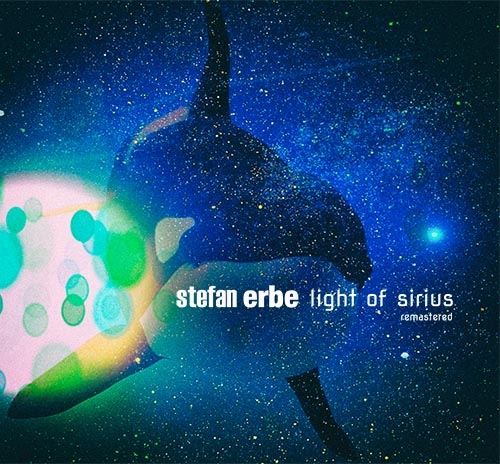 Anyone who have a view through the publications of the genre of traditional electronic music  in 1994 can´t ignore the 2nd CD of Stefan Erbe. Just a few weeks before, it was his first-ever Album "the cosmic dreamland" that traveled through the country of vibration, as Stefan Erbe had already musically refilled. And how!

Inspired by a trip to the USA, Erbe combined the tonal beauty, but also the dark side of the oceans, into a real novelty in the previous EM, because his music not only carried the well-known sequencer signature of the EM pioneers, but also Drumpatterns , Trance and techno elements, as well as his completely new melody structures.
This combination not only brought new fans, but catapulted him immediately into the forefront of regional artists in the Berlin-School-style and other EM-genres.
Also, the visit (as the last studio guest of the show) at Winfried Trenkler's weekly radio show complemented "the virtual star on the shirt", as well as the many and countless appearances and concerts that followed, were a proof that Erbe had finally made a name. His typical signature is still unmistakable today. Melodious, rhythmically marked with a healthy mix of commerce and experimentalism. It is Erbe.

Again and again I had planned to work on LOS again, to improve it a little but not to "remix" or to make it completely new. The tracks still have the same effect on me today and do not need to be changed. Only the former mastering was unfortunately not optimal. I can still remember how I had recorded the songs on DAT and absolutely wanted to add it quickly as the second album. Unfortunately, a few mistakes and recording weaknesses have crept in here. Thus, I have all original recordings (unfortunately not available as single tracks) analyzed again and try to improve. Even now they are not 100% perfect, but they are now what they should have been in 1994. And that was the goal. In addition, I have spotted old material and found three tracks from the period around 1994, which haven´t found their way onto the album. Reason enough to perpetuate them now on the -remastered version.

Download and album?
In addition to two download options - there are here- (Wav and MP3), LOS will not appear for now as a real CD.

We use cookies on our website. Some of them are essential for the operation of the site, while others help us to improve this site and the user experience (tracking cookies). You can decide for yourself whether you want to allow cookies or not. Please note that if you reject them, you may not be able to use all the functionalities of the site.